Save On Your City Car

The city car market has grown rapidly in the UK over the past decade or so as British residents are constantly looking for ways in which to save money following the recession. City cars don’t just save you money in your initial purchase price; they are considerably cheaper to run and maintain than larger cars due to their smaller size and weight. This is often a decisive factor for money-saving motorists as the cost of fuel is currently at an all-time high. My wife has been driving city vehicles – currently a used Hyundai i10 – for the last seven years and she’d never turn back now. I have always been someone who prefers larger cars, mainly family saloons, but I must admit I have been tempted to get myself a city car. I could definitely do with some extra cash and I’ve been having a little look around lately at the best ones on offer.

The Citroen C1 is a model which has been on the market since 2005 and is based on the same platform as the Toyota Aygo and the Peugeot 107. It is available as either a 3-door hatchback or a 5-door hatchback, both of which are 4-seater models. It always confuses me a little when rival manufacturers produce seemingly identical cars on the same platform, but I suppose it shows just how important branding is as some people will prefer Toyota, some Peugeot and some Citroen. Although all city cars are effectively built for the same purposes, they do offer different advantages. One of the most appealing benefits of the C1 is that it is actually cheaper than most of its rivals; used Citroen C1 vehicles can cost as little as £2,000. Unfortunately the ride is rather firm with the C1 and refinement isn’t particularly impressive especially at high speeds, but CO2 emissions are very low. 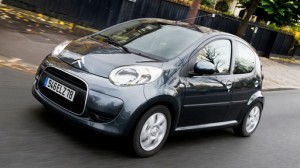 One of the cars which impressed me the most when looking online was the Alfa Romeo Mito. Technically I shouldn’t really be including it in this article as it is actually classed as a supermini, but I thought it deserved a mention. It has been on the market since 2008 and is available only as a 3-door hatchback. You can almost tell instantly from looking at the Mito that it is not really comparable to other city cars, as it boasts stunning aesthetics. Moreover, the range of engines is really impressive – there is an excellent balance between performance and fuel economy. CO2 emissions are low too and, while it is clear that a premium supermini will cost more than your average city car, you can get a second hand Alfa Romeo Mito for less than £5,000.

Seeing as my wife is usually the first person to read any article that I write I don’t think I’d have gotten away with leaving out her Hyundai i10! The i10 has been produced since 2007 as a 5-door hatchback and it is certainly a car I can vouch for. My wife has had hers for nearly three years and never had a single problem with it. Probably what impresses me most about the i10 is how quiet and refined it is as well as its practicality. Even at motorway speeds the cabin is not too loud, certainly quieter than some of the larger cars I have driven, and there is undoubtedly more space in the cabin than nearly every one of its rivals. 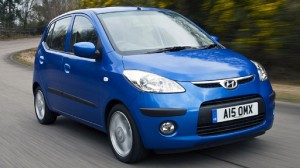 My wife was very close at the time to buying a used Suzuki Splash instead of the i10, and while she and I are both very happy with her decision, I also think that Splash is one of the best vehicles in its class.